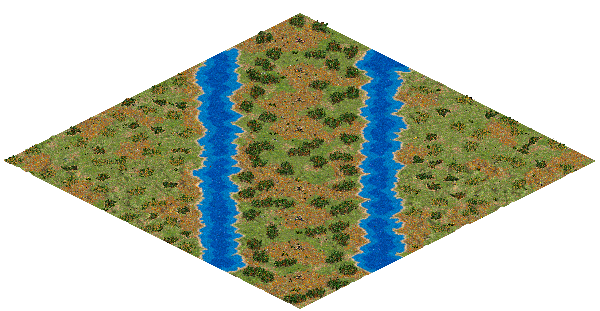 This map is set in Asia in the middle of a distributary channel of the Tuman River. Besides the unorthodox starting positions, the map will seem fairly normal from the beginning, but as players are running out of space and resources they will have to take control of the rivers and expand on the land that lies on the other side. On the other side of the rivers, players will find big amounts of boars, thickets and other resources. All players have equal starts and resources are standard.​