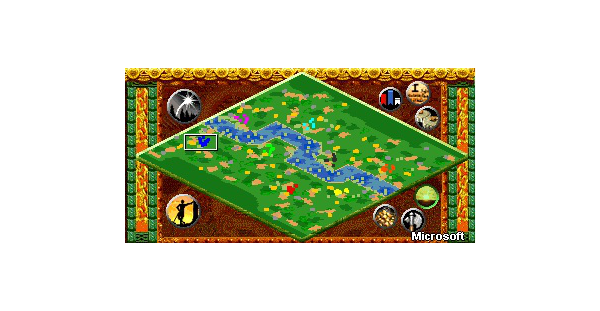 a map with the shape of a Chinese dragon. I used direct_placement to generate a variety of map-generation possibilities. This unique distribution of players questions the whole concept of playing as pocket or flank, but rather focusses on having a forward or back position. In games of 2v2 and 4v4 this is particularly nice because it means both teams have an equal amount of players in forward and back positions. In 1v1 the map looks much like a standard river map. The map Some additional features that makes the map unique is the mixture of shallow, water and deep water which gives the river a organic touch. There will ALWAYS be at least some connections, that connect all player lands and additionally some random shallow can form additional connections. The random mixture of the water does however make it sometimes awkward to dock: fish distribution is pretty even, but there are some spots that are less rich in fish. Bamboo forests cover the flanks of the map. An additional source of wood is welcome on this map, but also occupies some valuable building space where the players might want to escape to, in case they get pushed away from their starting position.