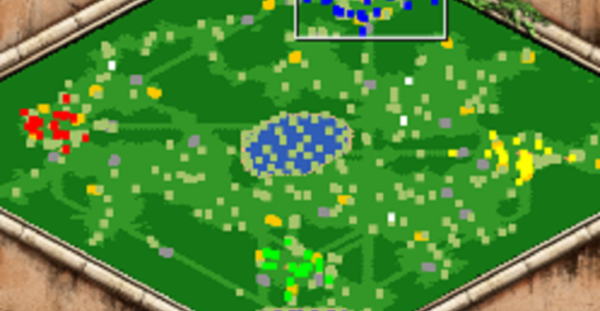 Forest Company made by Martinus This map is similar to black forest, with only small differences. There are two lakes, one of them at the middle, one of them in the map corners, with fish sources. Also you cannot build castles and siege workshops (bombard towers also banned). So that means, no siege and unique units, only regulars are allowed. At the very beginning, you have a market. For defense, towers shoots arrows rapidly. In regicide mode, you have a bombard tower with extreme firing rate. Starting population space are increased, and houses add 10 population room instead of 5. --- I want to thank to other random map creators and the online random map script guides. Without them, this script would not have happened. --- I hope you will enjoy playing on this map!!!