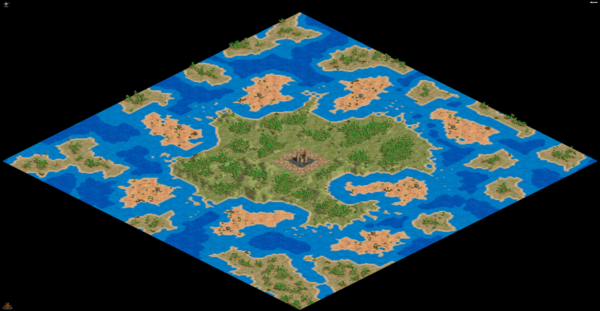 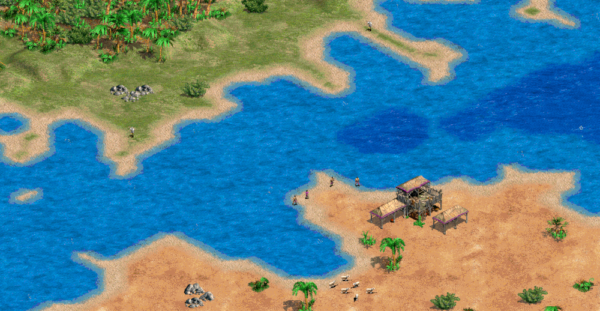 Somewhere in the seven seas one can find a once mighty fortress towering above many riches. At the foot of fortress the living dead mindlessly roam, no longer able to mind either the many riches that once drove them here, nor your greedy presence. But beware none have returned after startling those forgotten ghosts. Hints: * Dead Pikemen explode on death. * Dead Pikemen can be lured, and killed near enemy armies, dealing * significant damage to them. * In KotH Villagers and Dead Pikemen can be bought at the monument. * They look just like normal pikemen, but with a big bada boom when they die. Designed mainly with King of the Hill in mind, but still very much playable otherwise. Also playable on AoC + UP.

Download map
This upload is managed by: abductedPlatypus
Tags: 24hContest Community
Versions: WK
Information
In King of the Hill: * If one dares capturing the monument expect a curse; draining one's gold while granting the accursed access to an ectoplasmic army. * Only patience and trickery can save these anguished fools.
Changelog